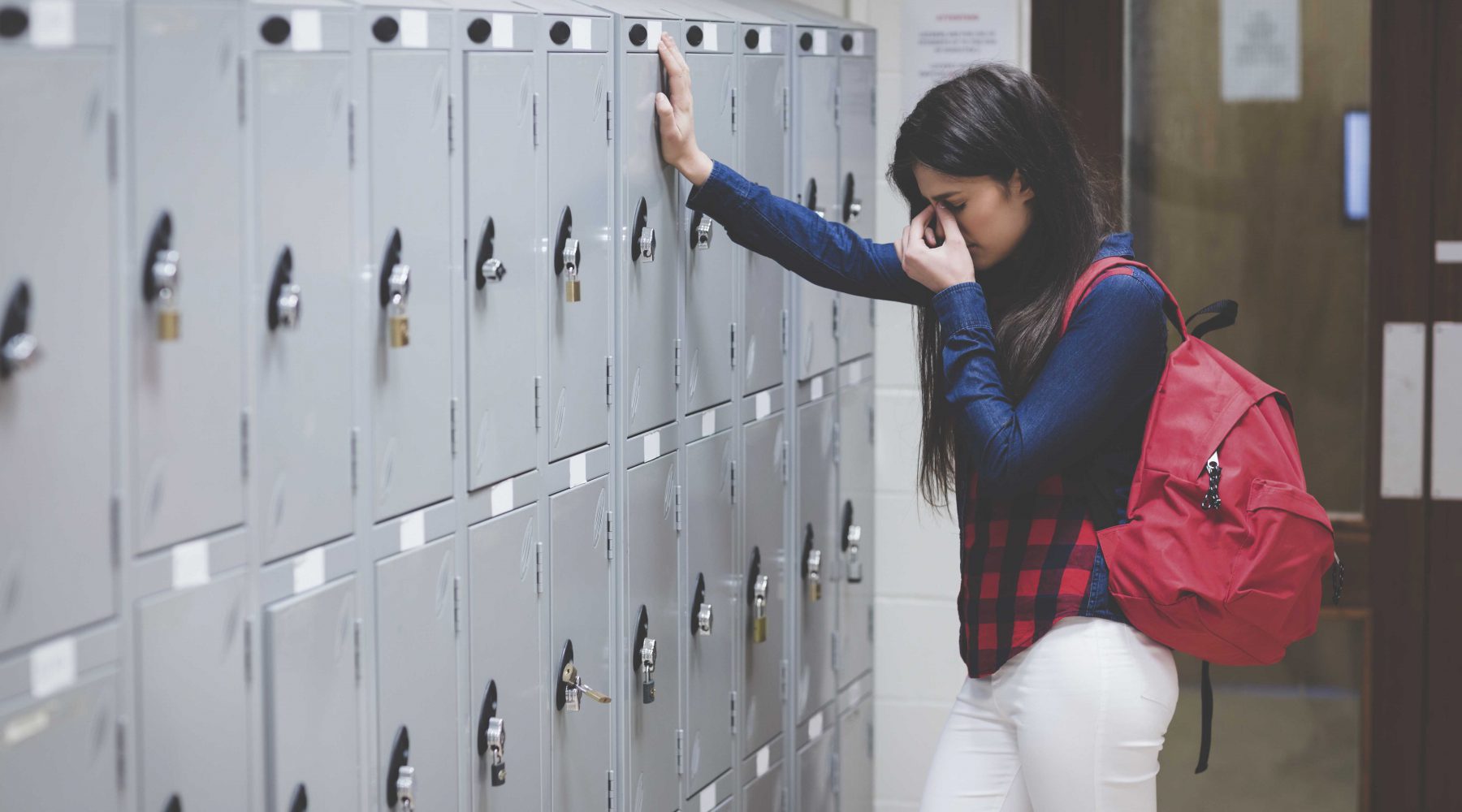 Kellie is a Year 9 student, bright and capable. But increasingly, her marks have been well below her ability level. She struggles to finish in-class assignments, takes too long on other work, and will get teachers to read her drafts even when it isn’t required.

Tired and overstressed, her parents have recently sought help for Kellie over her problems with sleeping and anxiety.

With each ‘imperfect result’, her self-worth plummets. The pressure builds with the perception that her work will never be good enough. 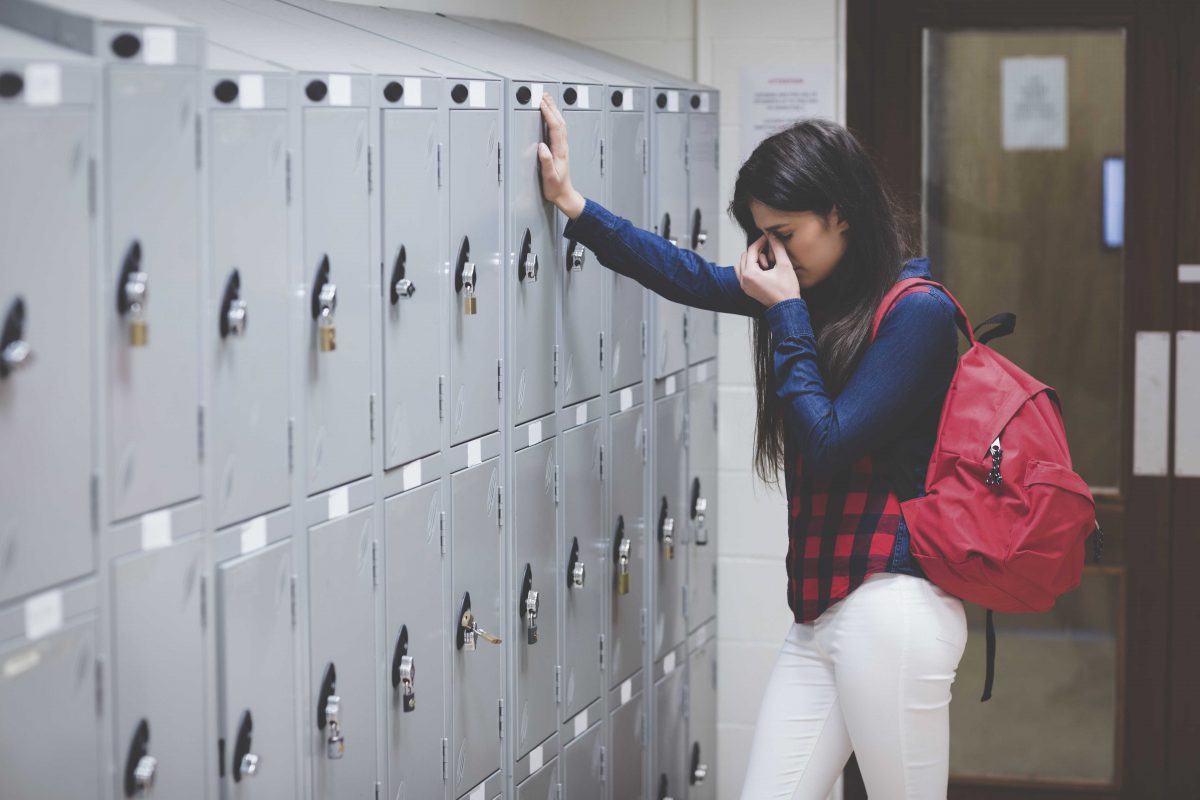 Kellie’s situation is typical of the cases that Dr Tom Nehmy, a clinical psychologist, sees regularly, particularly among girls.

He started seeing common traits between his clients. These included black and white thinking, critical self-talk, avoiding things as a means of coping, and generally negative thinking and reasoning.

Dr Nehmy was keen to develop a prevention program, and outlined what he was seeing to Professor Tracey Wade, the Dean of the School of Psychology at Flinders University, where he trained. She wrote back: ‘I think you’re talking about unhelpful perfectionism’.

Since then, Dr Nehmy has been working in schools and talking to parents, delivering a message around prevention – teaching students psychological skills, engaging school staff and parents.  ‘In a nutshell, it’s about psychological immunisation,’ he says of his Healthy Minds program.  ‘How do we keep healthy young people healthy through the high risk phase of middle adolescence?’

The Death of Little Miss Perfect

The work of Dr Nehmy is part of a growing and impressive effort around the world to combat perfectionism, particularly among girls, who are most affected.

Judith Carlisle, head of Oxford High School, a leading independent girls’ school in the United Kingdom, has been a leader in the debate, running a campaign in her school, The Death of Little Miss Perfect.

Writing for the United Kingdom’s Independent School Parent, Ms Carlisle related a comment in a letter from a parent, who said their daughter was a bit glum about her General Certificate of Secondary Education results. She was aiming for 10 As, but got nine.

‘When does aiming high turn into nothing ever being good enough?’ she writes. ‘What is there to be a glum about?’

Then there was a chance remark by a parent, sitting on the sofa in her office with his daughter. ‘She’s an absolute perfectionist,’ said her beaming father. Without thinking, Ms Carlisle replied: ‘Don’t worry, we’ll soon get that out of her!’

A conversation followed about perfectionist thinking crushing creativity, risk-taking and ambition, replacing them with playing safe and a loss of self-belief. ‘Examples such as tearing pages out of an exercise book and starting again, rather than simply crossing out the error and carrying on illustrated my point,’ she writes, ‘and his daughter smiled in recognition.’

In February, more than 900 delegates from 23 nations, including an Alliance of Girls’ Schools Australasia delegation, attended the Global Forum for Girls Education, where one of the key sessions was The Myth of Effortless Perfection: How It Harms Girls and What Schools Can Do to Fight It.

The presenters were the head of New York’s The Hewitt School Tara Christie Kinsey and girls’ education author and researcher Rachel Simmons, who looked at the pressure young girls and women place on themselves. They argued breaking down the myth should be an integral part of the curriculum for girls’ schools.

The call to action has continued with inspiring Ted talk by education activist Reshma Saujani, Teach Girls Bravery, Not Perfection.

She has founded the Girls Who Code program, discovering that by teaching them to write code, she socialised them to be brave. Coding is an endless process of trial and error, she explains. It requires perseverance – and imperfection.

She told her own story of running for the US Congress in New York City in 2012. Until then, she had worked behind the scenes in politics. She got only 19 per cent of the vote.

‘Now, before you get the wrong idea, this is not a talk about the importance of failure,’ she told her audience. ‘Nor is it about leaning in. I tell you the story of how I ran for Congress because I was 33 years old and it was the first time in my entire life that I had done something that was truly brave, where I didn’t worry about being perfect.’

Her call to action was this: ‘I need each of you to tell every young woman you know to be comfortable with imperfection.’

Dr Nehmy, who has presented to the Alliance of Girls’ Schools Australasia, says awareness is growing in schools.

‘The challenge for them is to make the distinction between healthy achievement striving and unhelpful perfectionism,’ he says, ‘which is where that self-imposed unrelenting pursuit of high standards actually causes problems.’

‘Schools have a responsibility now to provide a nuanced message about achievement.’

At parent evenings, he asks parents how much time and effort they have spent supporting their child’s dental health, in contrast to their mental health.

‘This lack of awareness around preventative mental health strategy is like the psychological equivalent of not brushing your teeth,’ he says. ‘But I am excited that we are now starting to formulate an antidote – everyday strategies to enable striving and achievement to exist alongside flexibility, risk-taking, resilience and wellbeing.’ 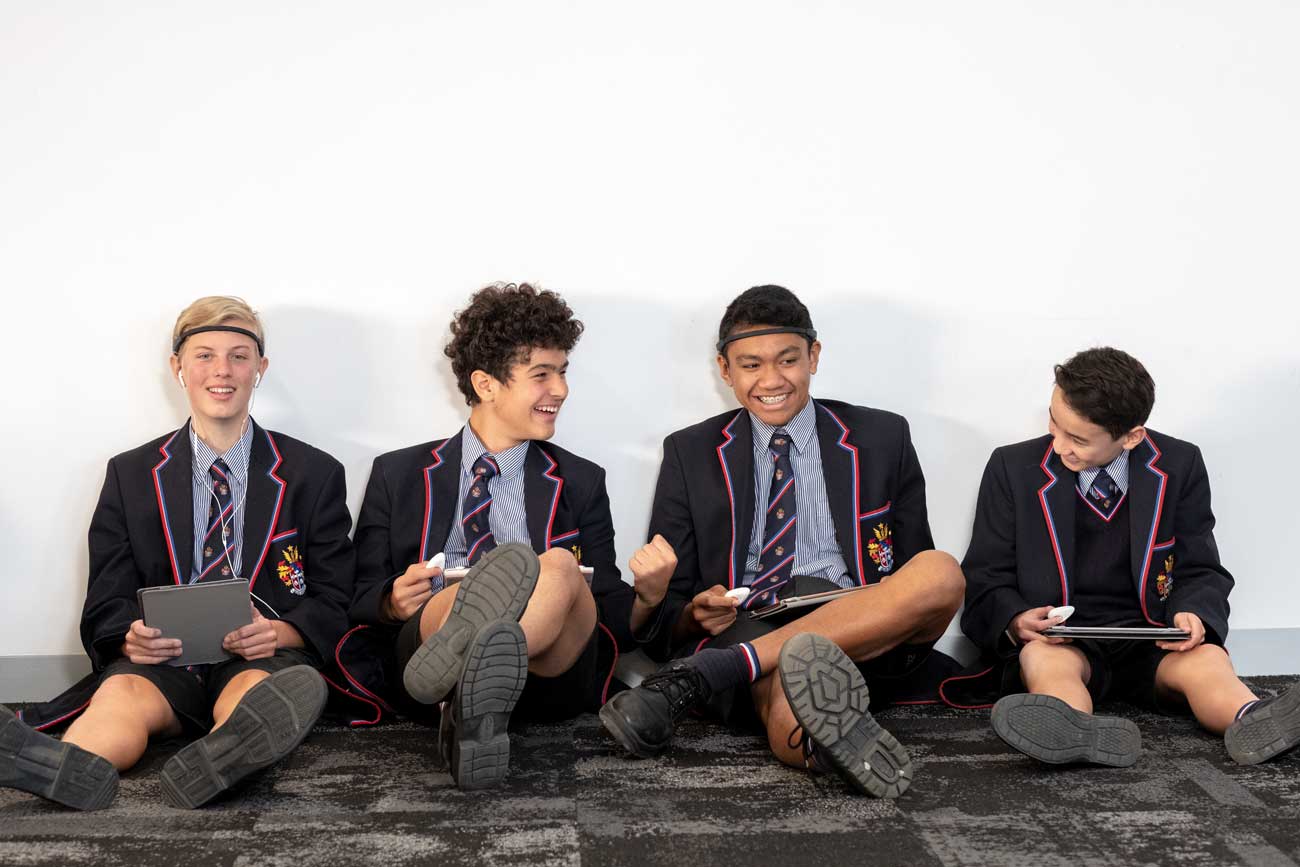 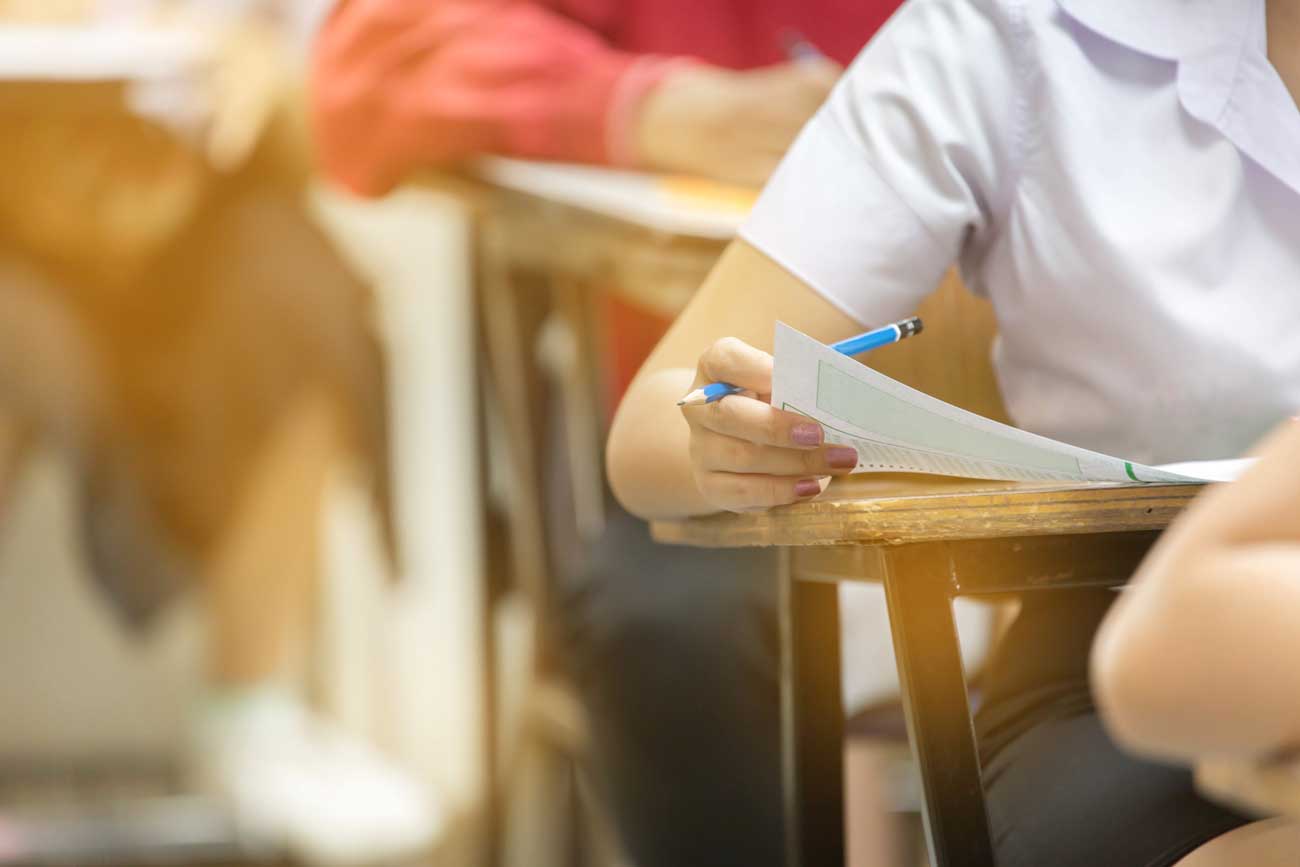 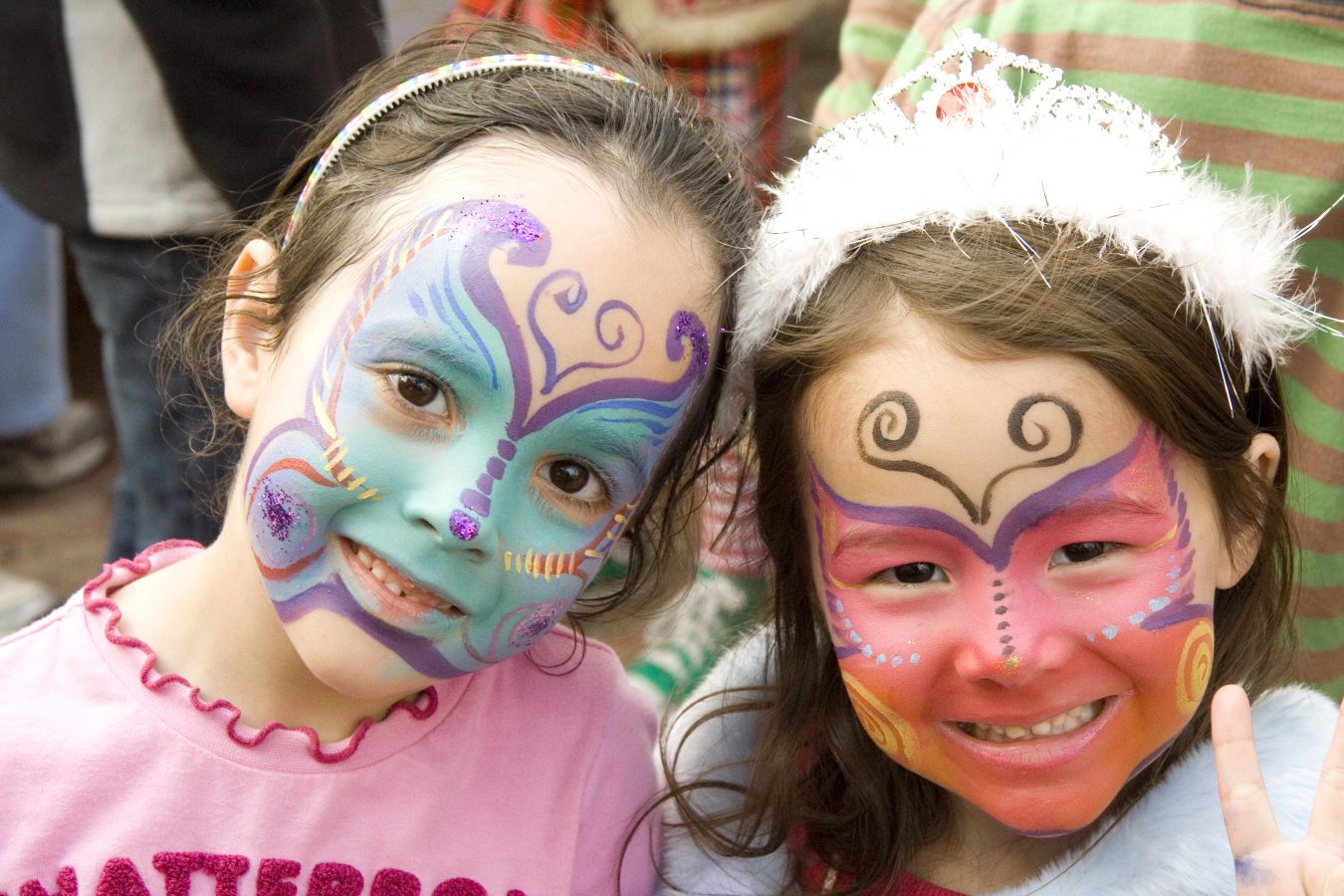 Behind the News Happiness Survey

Behind The News (BTN), an ABC current affairs show for children, has conducted the ‘biggest survey of kid’s mental health in Australian history’.

Behind the News Happiness Survey

Behind The News (BTN), an ABC current affairs show for children, has conducted the ‘biggest survey of kid’s mental health in Australian history’.