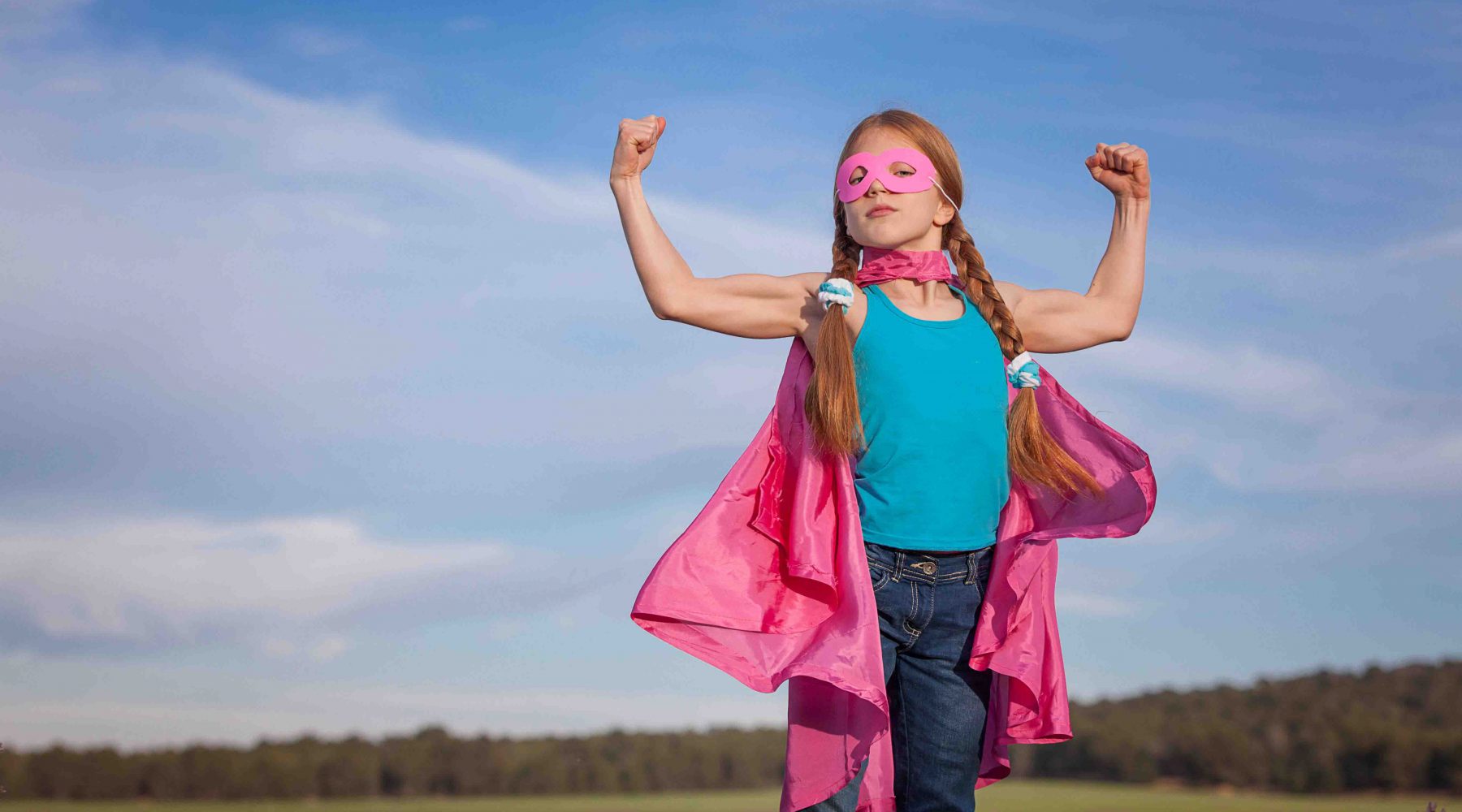 The teenage years often mean a loss in confidence for girls. A new book gives them the code for building confidence - and taking on the world, writes Shane Green.

Consider these comments from two girls, who are nine years apart:

‘I make friends really easily,’ says the nine-year-old. ‘I can go up to anyone and start a conversation.’

‘I’m not confident in making friends because I am scared of making a mistake,’ says her 18-year-old counterpart.

These two sharply contrasting views capture what’s happening for girls as they progress through their teen years: a collapse in confidence. 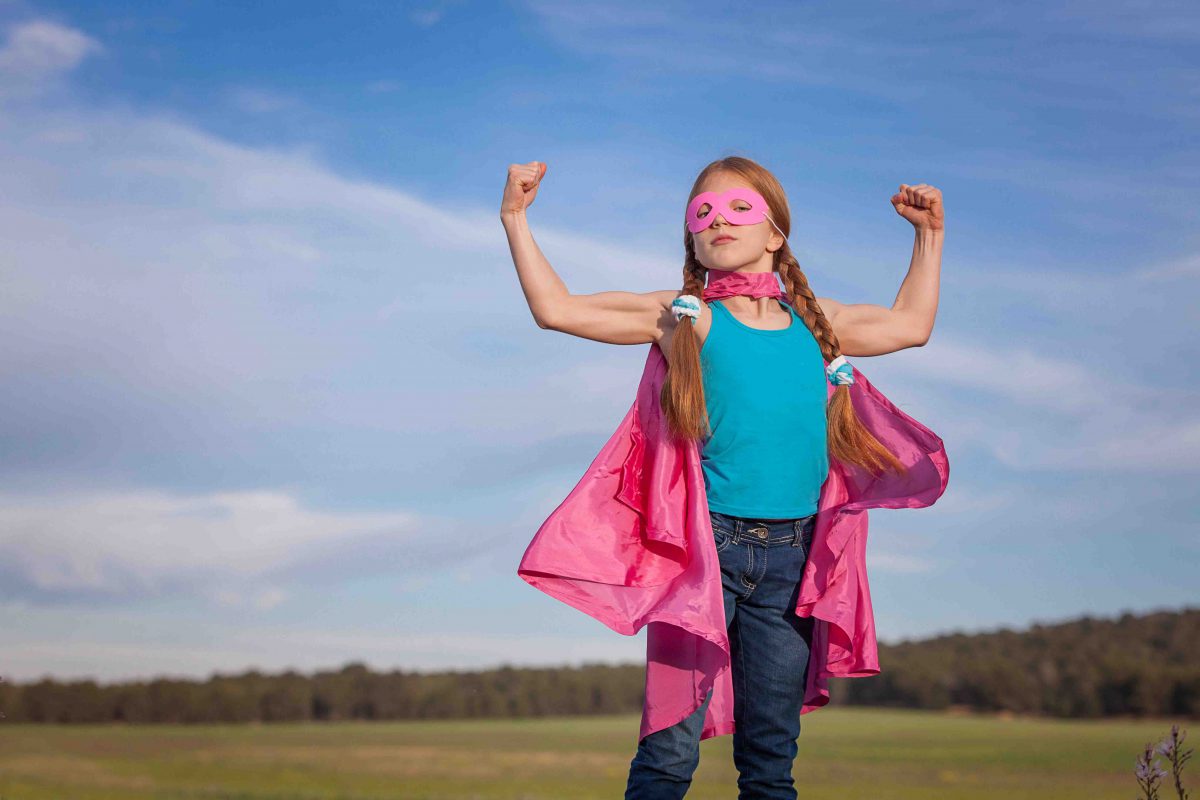 The comments come from a survey in the United States by Ypulse, a youth marketing and research firm, which was conducted in partnership with Katty Kay and Claire Shipman, the authors of a new book, The Confidence Code for Girls.

The survey found that between the ages of 8 and 14, girls’ confidence levels drop by 30 per cent.

And more than half of the teen girls surveyed felt the pressure to be perfect.

While it’s a US survey, the findings will resonate strongly with parents and educators in Australia and elsewhere, whose girls are facing the same issues around confidence and perfectionism.

Author Claire Shipman describes the findings as startling. And as she explains, adults may be unconsciously reinforcing these attitudes.

Around the time of puberty, the emotional intelligence of girls soars, making them cautious ‘people-pleasers’.

‘Parents and teachers play into this unwittingly because they encourage the good girl syndrome,’ she says. ‘Who doesn’t want kids who are always doing the right thing?

‘By the time girls are in high school, they’re full-blown perfectionists, and you know what they’re not doing? Taking risks or failing.’

Claire Shipman was talking on the ABC’s Good Morning America program, which featured the book in a special session that explored issues of confidence in girls and what can be done to change the trends.

She is a leading journalist, author and public speaker, and contributor to Good Morning America and ABC News for 14 years. Katty Kay has a similar background, and is now the anchor of BBC World News America, based in Washington, D.C.

The Confidence Code for Girls is aimed at tween – or pre-teen – girls. As the authors write, researchers have found that the tween and teen years are the best time to create confidence.

And creating confidence is the key. Their simple yet compelling definition is that confidence is what turns thoughts into action. 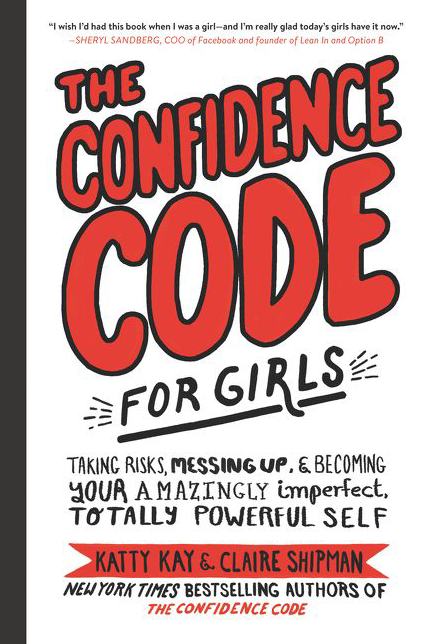 The book is a natural extension of a previous book by the authors, The Confidence Code, which looks at how women struggle with confidence, and how they can crack the code.

That book had its genesis in interviews the Katty Kay and Claire Shipman had conducted across industries. They would ask women how they got to where they did.

‘The answer was usually that they got lucky, or they were in the right place at the right time,’ Katty Kay recently told Forbes magazine.

‘We didn’t hear men say that. Men would take credit for where they got to.’

These assumed attitudes were also adopted in part by the authors. In an essay in The Atlantic in 2014, they spoke about their own self-doubt.

‘Comparing notes about confidence over dinner one night last year, despite how well we knew each other, was a revelation,’ they wrote.

‘Katty got a degree from a top university, speaks several languages, and yet had spent her life convinced that she just wasn’t intelligent enough to compete for the most-prestigious jobs in journalism.

‘She still entertained the notion that her public profile in America was thanks to her English accent, which surely, she suspected, gave her a few extra IQ points every time she opened her mouth.’

‘Claire found that implausible, laughable really, and yet she had a habit of telling people she was “just lucky” – in the right place at the right time – when asked how she became a CNN correspondent in Moscow while still in her 20s.

‘And she, too, for years, routinely deferred to the alpha-male journalists around her, assuming that because they were so much louder, so much more certain, they just knew more. She subconsciously believed that they had a right to talk more on television. But were they really more competent? Or just more self-assured?’

As they dug into the research, they found a significant confidence gap between men and women.

The Confidence Code for Girls includes a chapter on ‘Kicking the Perfectionism Habit’. The authors tell their young readers to forget the dictionary definition of perfectionism, offer this alternative:

A really dangerous disease. An invasive, strangling vine that creeps into your your life and chokes everything in its path. It stresses you out and keeps you from taking risks. And most importantly, it keeps you from being you.

A popular post on The Parents’ Website has been How Perfectionism Hurts Girls, which examined the growing awareness of the dangers posed by perfectionist thinking.

The post reported on Judith Carlisle, then head of Oxford High School, a leading independent girls’ school in the United Kingdom, who ran a campaign in her school, The Death of Little Miss Perfect.

The idea is spreading around the world. Last year, Ivanhoe Girls’ Grammar School explored the issue when it held Failure Week. It was all about being brave, taking a risk, having a go and trying new things.

As the school explained at the time, key messages for students are that failure is a crucial part of learning and that they should focus on their efforts, not only achievements or outcomes.

This, too, is a central theme of The Confidence Code for Girls.

‘Creating confidence is less about the result – the success or winning. It’s more about the doing.’

The Confidence Code for Girls is published in Australia by HarperCollins, RRP $24.99. 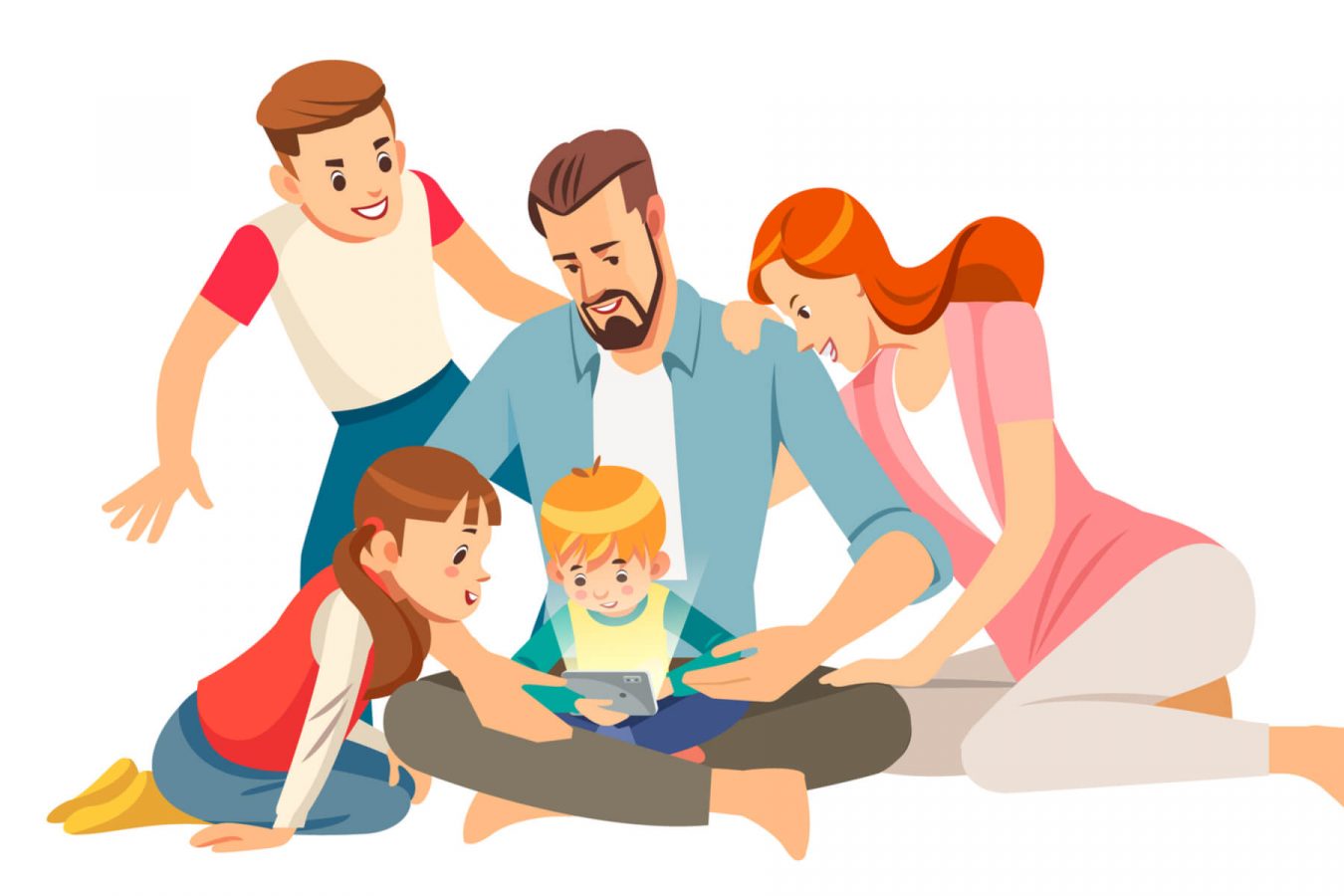 Why the kids should see this

It's the curated video website for kids that makes them say 'wow'. Michael Broadstock talks with Rion Nakaya, creator of The Kid Should See This.

Why the kids should see this

It's the curated video website for kids that makes them say 'wow'. Michael Broadstock talks with Rion Nakaya, creator of The Kid Should See This.