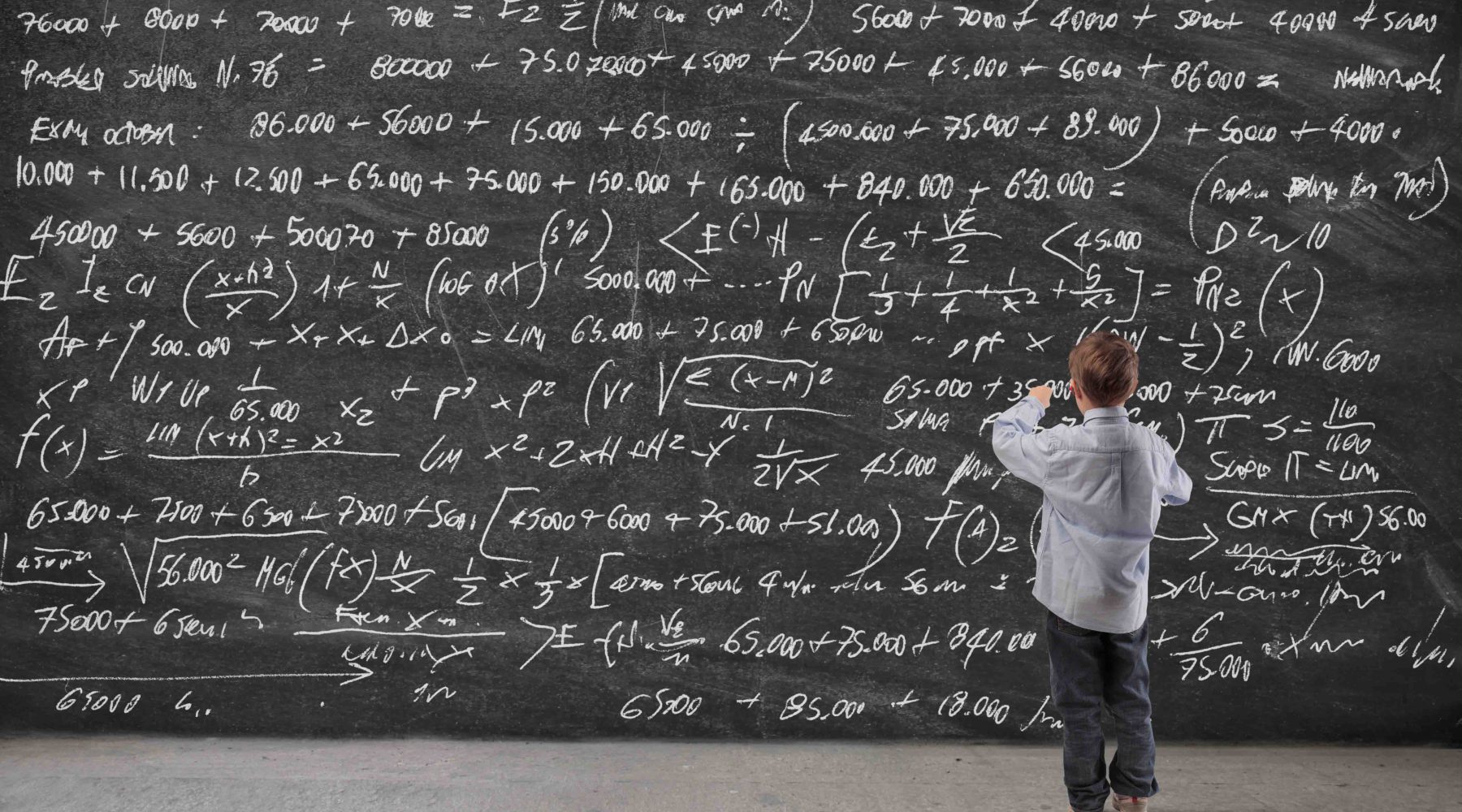 When Janine McIntosh goes to a dinner party and she tells people she’s a maths teacher, she knows what’s coming next. Invariably, her fellow dinner guests want to tell her how they feel about it.

The minority will say they loved maths as a child but didn’t study it, qualifying their interest with, ‘But I wasn’t a geek’.

Most will tell her that they were never any good at maths.

‘The first response of people is to instantly tell you something negative about mathematics,’ she says. ‘So maths has got a bit of a PR problem.’ 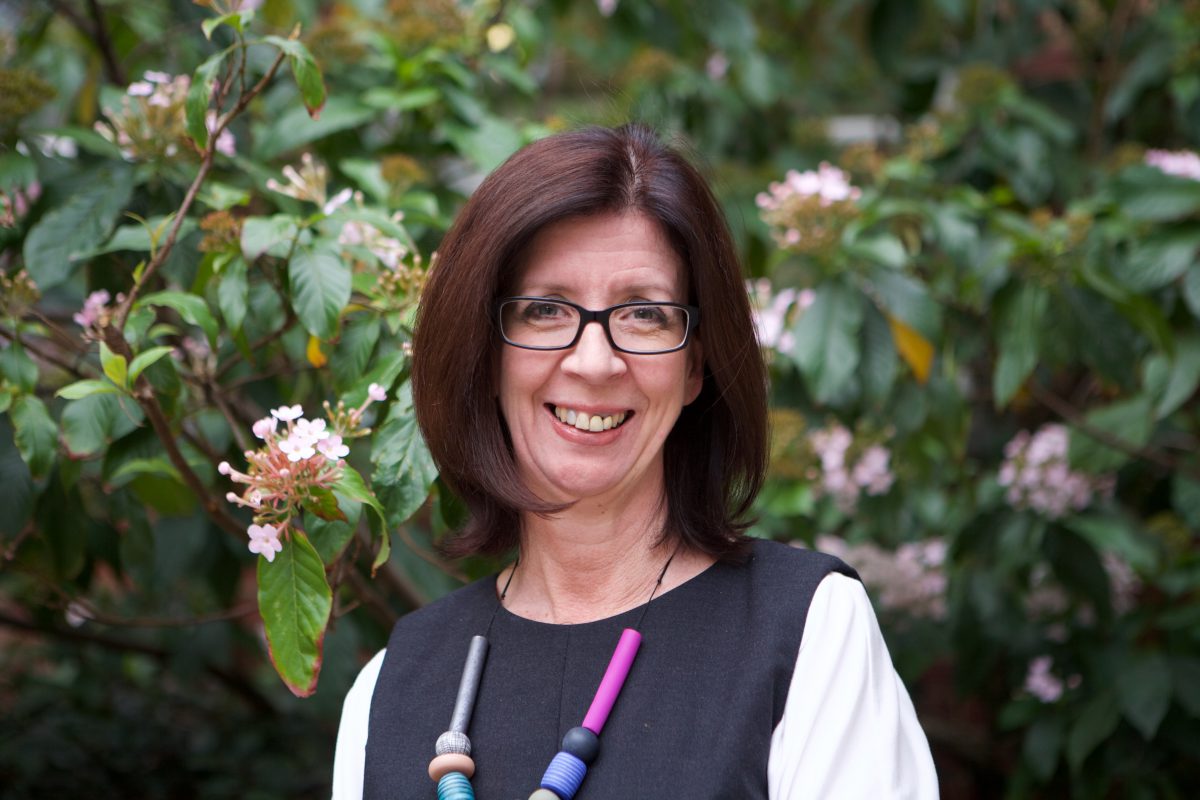 The Schools Program Manager and Choose Maths Director at the Australian Mathematical Sciences Institute (AMSI), Janine MacIntosh is on a mission to change this.

Challenging current student and parent attitudes towards the study of maths, she is working to rewrite traditional narratives. This work, she hopes, will effect a cultural change that will transform community engagement with maths from the classroom to our dinner tables.

Part of the reason, says Ms McIntosh, said that job ads don’t talk about careers for mathematicians. Rather, it will be analyst, or business analyst or computer data analyst – even though mathematical skills are needed.

So the aim is to change the language to ‘mathematically-capable professional’, so that parents and students can at least consider the range of careers that might require maths.

This lack of understanding of the importance of maths may be hampering the career – and indeed, life – prospects of students.

Ms McIntosh quotes a PwC Australia study that identified that STEM skills are required in 75 per cent of the fastest growing occupations.

She cites a new field that didn’t exist 20 years ago, called Bioinformatics, an area that uses mathematics and programming to analyse and apply biological data. It combines physics, biology and mathematics, and is instrumental in the fight against diseases such as cancer.

There are also the wider economic implications. AMSI has stressed that the deepening maths skills deficit threatens to put the brakes on innovation.

Dependent on these skills, industry is throwing big money to tackle this challenge and secure the future workforce. In Australia, BHP Billiton Foundation is funding Choose Maths, including a national maths careers awareness campaign.

Parents have a big part to play in reinforcing negative attitudes about maths. Ms McIntosh says that when children get to years 4 or 5, they are deciding whether or not they have a maths brain.

It’s a ‘not so sweet spot’, she says recalling conversations at parent-teacher interviews.

‘They sit down and say, “Right, now let’s get to maths. I was never any good at maths, and I don’t expect him or her to be either’’.’

This dislike of maths and elitist misconception of the discipline has been a topic of debate amongst many. Writing in The Conversation earlier this year, Catherine Attard asked, ‘Why do so many openly claim to dislike mathematics, and why is mathematics seen as a domain only accessible to an elite group of “smart” people?’

The Associate Professor in Mathematics Education from Western Sydney University wrote that parents needed to think carefully about how they talk to their children about mathematics.

‘Regardless of how they experienced school mathematics and how they perceive mathematics, claims like “I was never good at maths when I was at school” are not helpful. Children notice.’

There is also an inherent gender bias. Despite increased efforts to reverse gender divides, the percentage of female students studying advanced maths remains almost half that of male students.

This goes to common presumptions about what kind of careers women should be choosing, says Ms McIntosh.

She cites Cordelia Fine’s book, Delusions of Gender, which dispels the belief that there a neuropsychological differences between men and women.

There is still a long way to go. At a work function, leading mathematician Professor Nalini Joshi, from the University of Sydney, just happened to be wearing a black shirt and pants.

Three people came up and asked her for another glass of champagne. ‘Yep,’ she told Ms McIntosh. ‘I get that all the time.’

‘The assumption she was there to serve food and she’s one of Australia’s leading mathematicians.

‘We’ve still got the picture, unfortunately, that girls can’t do the hard stuff and we need to turn that around.’

A new campaign will attempt to change the narrative around maths by showing someone who is mathematically-capable as a whole person.

A poster series will feature several real people, including an astro-physicist who works for the CSIRO. She is an Indigenous woman, with blue hair and tattoos.

‘I just want kids to see themselves in these stories,’ says Ms McIntosh. 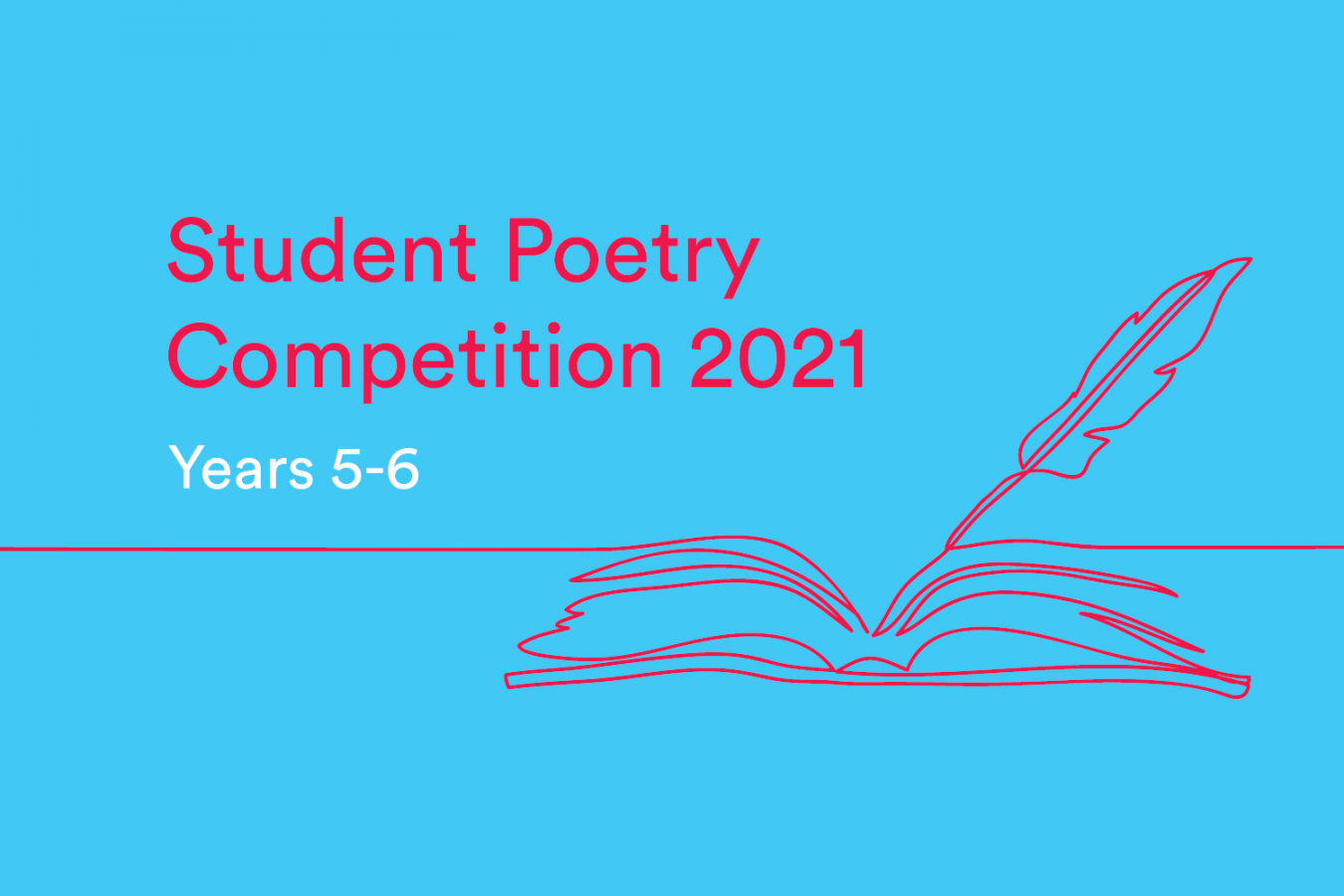 Grace Sudjono, a Year 6 student at Harkaway Hills College, has won ISV's Student Poetry Competition 2021 in the Years 5-6 category for her poem, Awaiting Spring. Here, she recites her winning poem. 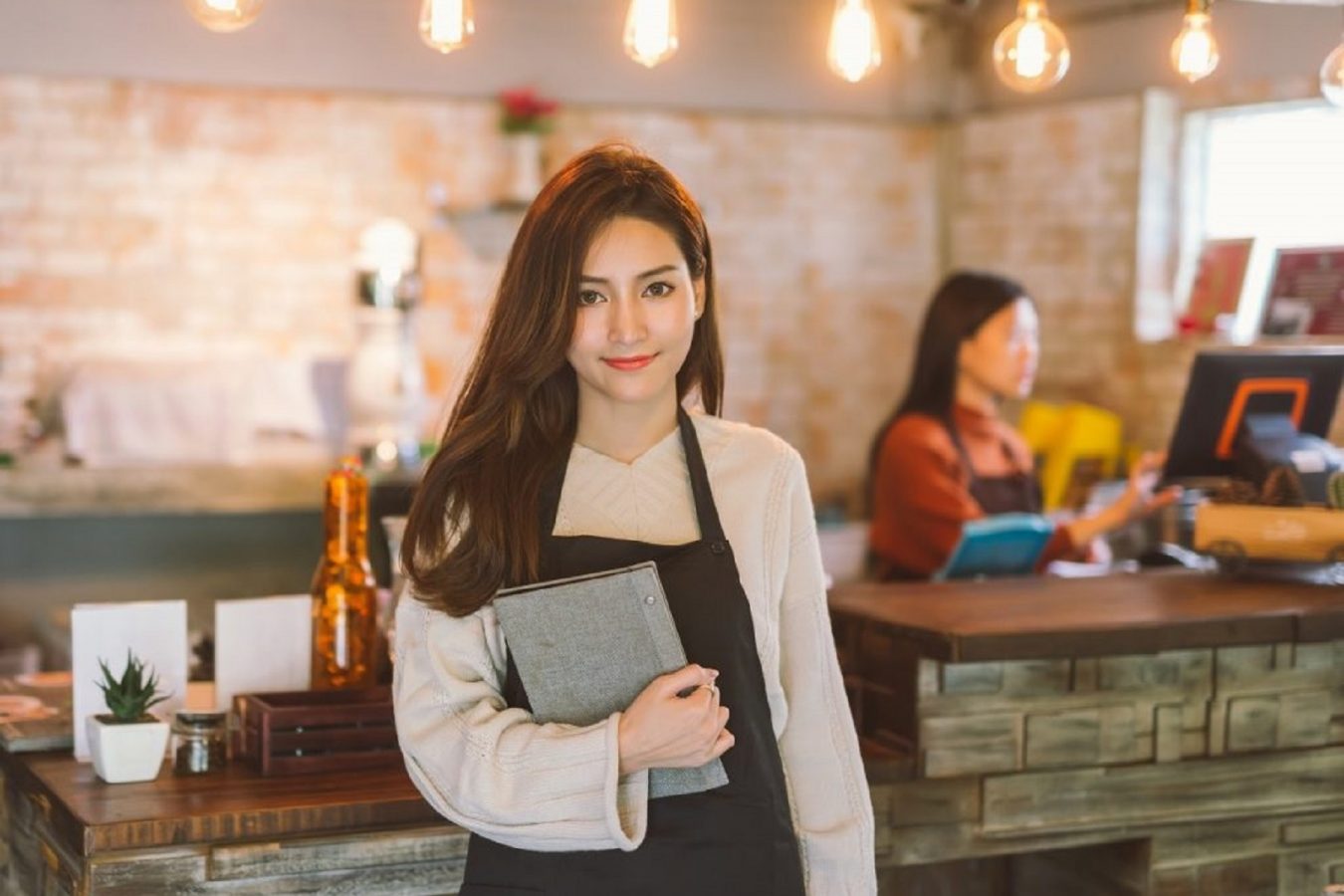 Tips for teenagers on how to get their first job

Finding that first part-time job can be a challenging experience for a teenager. Careers expert and regular contributor Helen Green offers advice for teenagers on breaking into the workforce. 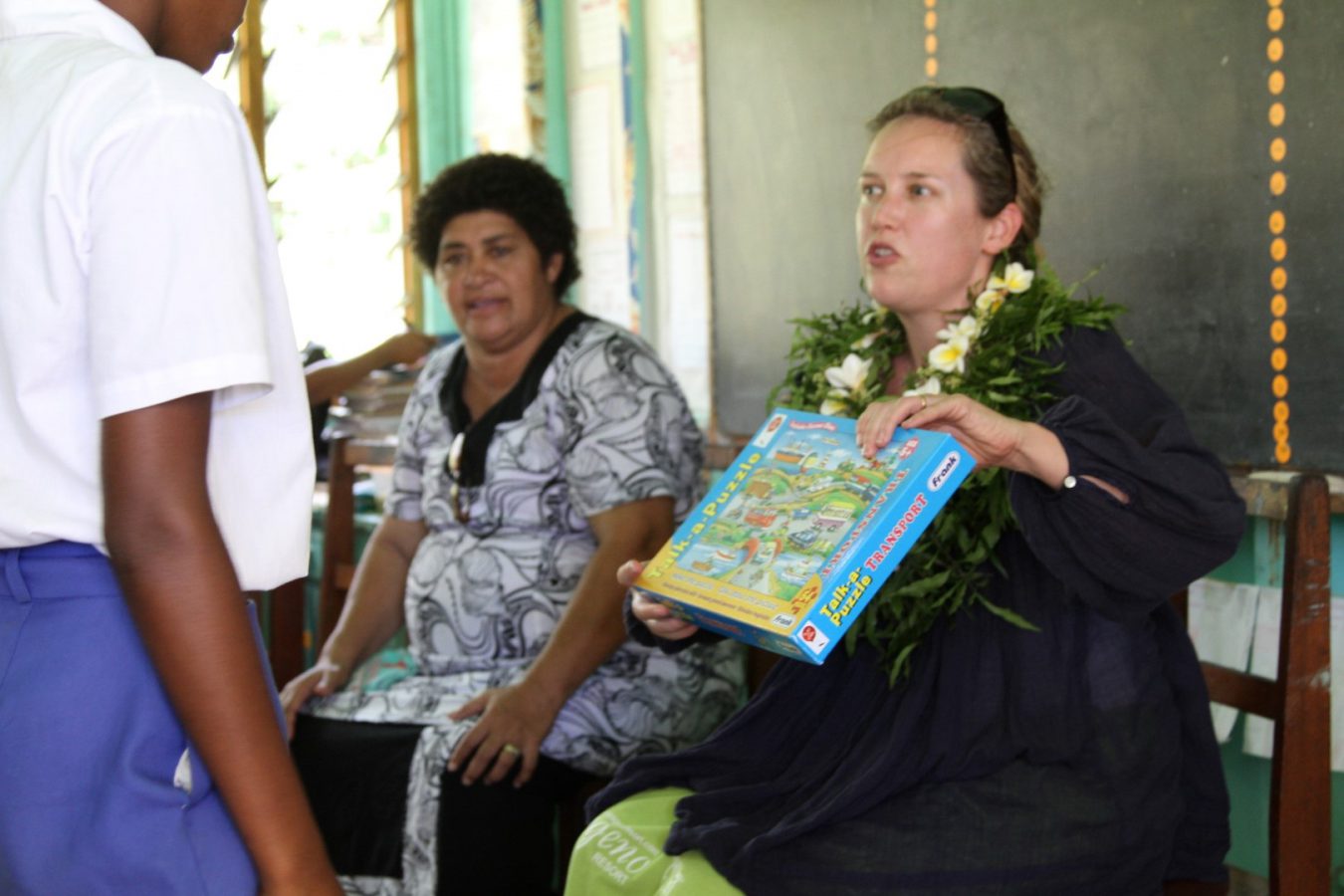 More than Words: How the Fiji Book Drive is Helping Schools

Fiona Luth reports on the moving impact of her special cause.

Grace Sudjono, a Year 6 student at Harkaway Hills College, has won ISV's Student Poetry Competition 2021 in the Years 5-6 category for her poem, Awaiting Spring. Here, she recites her winning poem.

Tips for teenagers on how to get their first job

Finding that first part-time job can be a challenging experience for a teenager. Careers expert and regular contributor Helen Green offers advice for teenagers on breaking into the workforce.

More than Words: How the Fiji Book Drive is Helping Schools

Fiona Luth reports on the moving impact of her special cause.