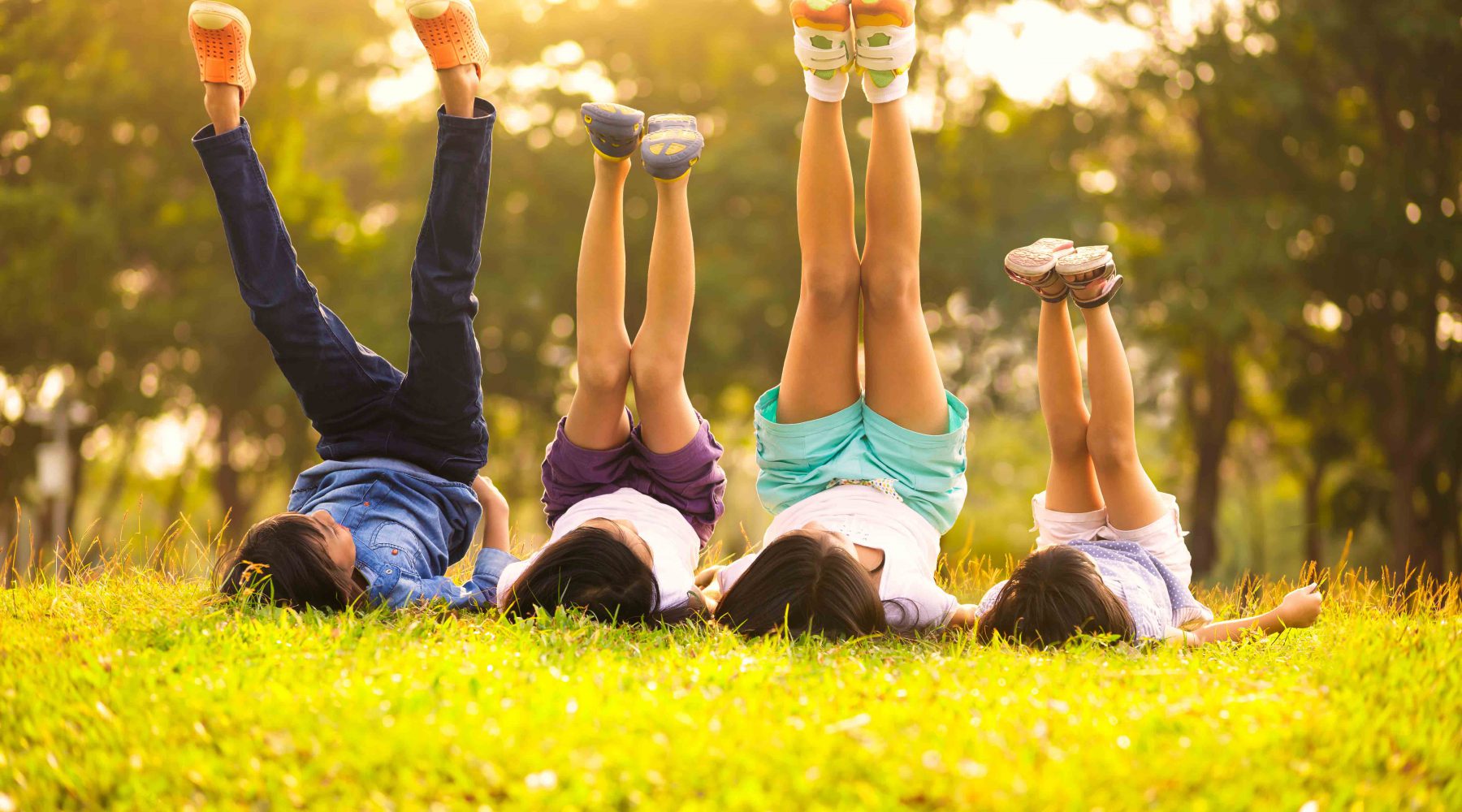 Author Richard Louv, who coined the term nature-deficit disorder, talks to The Parents Website about why families benefit from a nature-rich life.

Your defining of nature-deficit disorder in 2005 brought the issue into the mainstream. Can you outline what it means and how it can impact an individual’s life?

First, I want to say that I’ve visited Australia several times during the past few years. And I’m very impressed with the efforts across the country to connect all kinds of families to nature.

‘Nature-deficit disorder’, as I defined it in Last Child in the Woods, is not a medical diagnosis, but a useful term – a metaphor – to describe what many of us believe are the human costs of alienation from nature, as suggested by recent research. Among them: diminished use of the senses, attention difficulties, higher rates of physical and emotional illnesses, a rising rate of myopia, child and adult obesity, Vitamin D deficiency, and other maladies.

The research has greatly expanded over the last few years. Because researchers have turned to this topic relatively recently, most of the evidence is correlative, not causal – but it tends to point in one direction: experiences in the natural world appear to offer great benefits to psychological and physical health, and the ability to learn, for children and adults. The research strongly suggests that time in nature can help many children learn to build confidence in themselves, reduce the symptoms of Attention Deficit Hyperactivity Disorder, calm children and help them focus.

There are many other benefits, and more supportive research comes out almost weekly. The Children & Nature Network website has compiled a large body of studies, reports and publications that are available for viewing or downloading. 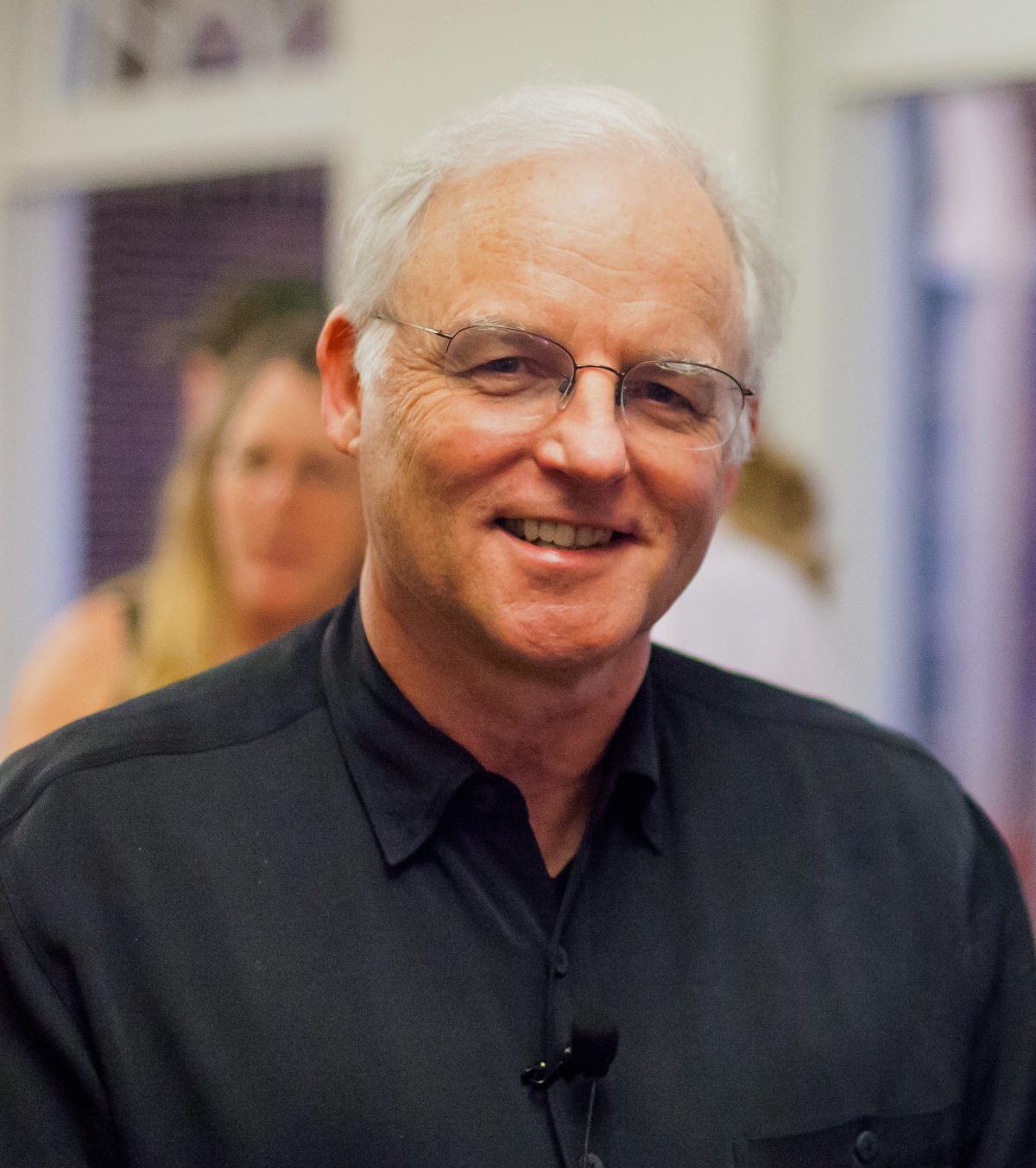 If we look at what’s happened in the decade since in terms of technology use and the digital revolution, it seems the concept is even more important.  Are you alarmed by the trends we are seeing?

Today, children and adults who work and learn in a dominating digital environment expend enormous energy blocking out many of the human senses – including ones we don’t even know we have – in order to focus narrowly on the screen in front of the eyes. That’s the very definition of being less alive. What parent wants his or her child to be less alive? Who among us wants to be less alive?

Technology now dominates almost every aspect of our lives. Technology is not, in itself, the enemy; but our lack of balance is lethal. Time spent in the natural world, whether nearby urban nature or wilderness, provides that. It can be hard to move children away from the television and computer. It’s hard for adults as well. It’s hard for me.

The antidote for too much digital dominance, however, is not to go back to nature, but to go forward to nature.

The more high-tech our lives become, the more nature we need. The ultimate multi-tasking is to live simultaneously in both the digital and the physical world, using computers to maximise our powers to process intellectual data, and natural environments to ignite all of our senses and accelerate our ability to learn and to feel; in this way, we would combine the resurfaced ‘primitive’ powers of our ancestors with the digital speed of our teenagers.

Are parents, educators and town planners giving enough thought to the issue?

We’re at a crucial point in what I call the new nature movement. Awareness has grown over the past decade, but we need to move more quickly into an action mode, both at the family and the community level.

Ultimately we need to accomplish deep cultural change; the object is to give children the gifts of nature they deserve, and for all of us to find kinship with the lives around us, and wholeness in the lives we live.

One of the messages of Last Child in the Woods and The Nature Principle is that conservation is no longer enough. Now we need to create nature.

If we’re going to have the biodiversity we need, we have to begin to transform our cities, yards, homes and workplaces into incubators of biodiversity. That will hugely improve our psychological and physical health, our sense of pleasure and happiness, and our ability to learn. That’s a very different image of the future than the one that is dominant now.

My new book, Vitamin N, goes into some detail on how to achieve this on a city-by-city basis. Also, in the United States of America, the National League of Cities (which represents 19,000 municipalities and 218 million Americans) and the Children & Nature Network announced a three-year partnership, the Cities Promoting Access to Nature initiative, to explore how municipalities can connect people with the natural world where they live, work, learn and play.

We see the emergence of biophilic design of our homes and workplaces; reconciliation ecology and human-nature social capital; restorative homes and businesses; ecopsychology and other forms of nature therapy. We see more citizen naturalists, nature-based schools, the Slow Food and simplicity movements, organic gardening, urban agriculture and other forms of the new agrarianism.

As these currents join, they’ll lead us to a different view of the future – a nature-rich future. The barriers are still there, but I do believe there’s more hope in the air, if you look for it.

Your new book offers very practical ideas. Did you see a need to help people translate good intentions into actions?

Yes, helping folks move from awareness to action is a big part of my motivation for writing Vitamin N, which includes 500 actions that people can take to enrich the health and happiness of their families and communities. Vitamin N serves as a companion handbook to Last Child in the Woods and The Nature Principle, and I hope is useful not only to parents, but to grandparents, teachers, pediatricians, mayors, young adults and single people, too.

Is there a danger that parents can push too hard in trying to connect their children with nature?

If children are given the opportunity to experience nature, even in simple ways, interaction and engagement follow quite naturally. But yes, parents can sometimes push too hard. Nature time should never be seen by kids as a punishment for, say, spending too much time in the electronic world. Perhaps the best way to do this is by example. When parents rediscover their sense of wonder, so do most kids.

One thing I should add here is that many parents tell me that the same kids who complained on the way to the camping trip often, later when they’re young adults, recall that camping trip as one of their fondest memories – which, as you might guess, causes mixed emotions in the parents! One thing to keep in mind: people seldom look back on their childhoods and recall the best day they ever spent watching TV.

Richard Louv is co-founder and chairman emeritus of the Children & Nature Network and author of The Nature Principle: Reconnecting With Life in a Virtual Age and Last Child in The Woods: Saving Our Children from Nature-Deficit Disorder. Algonquin Books has just published his ninth book, Vitamin N: The Essential Guide to a Nature-Rich Life. He is currently working on his tenth book, about the evolving relationship between humans and other animals. 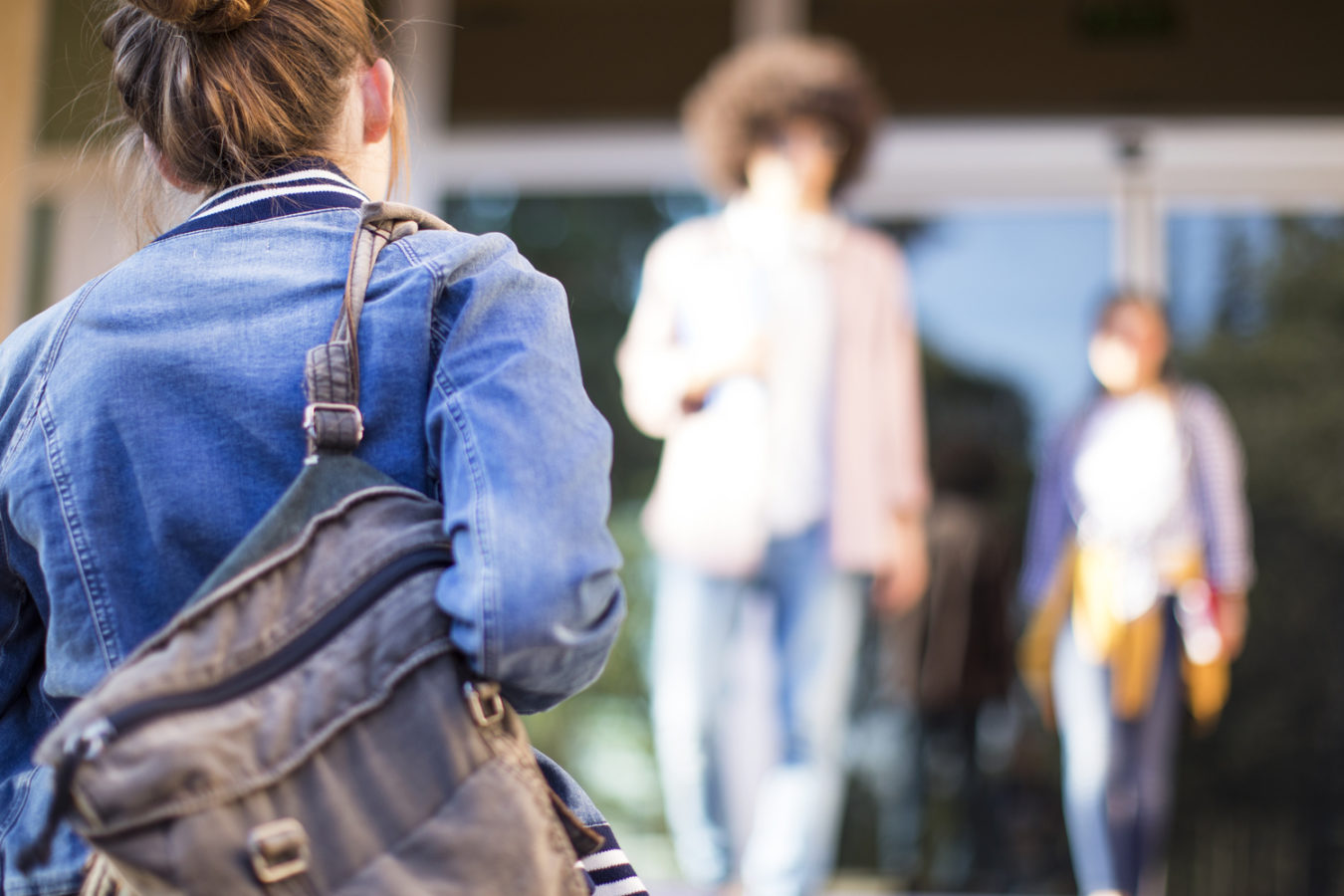 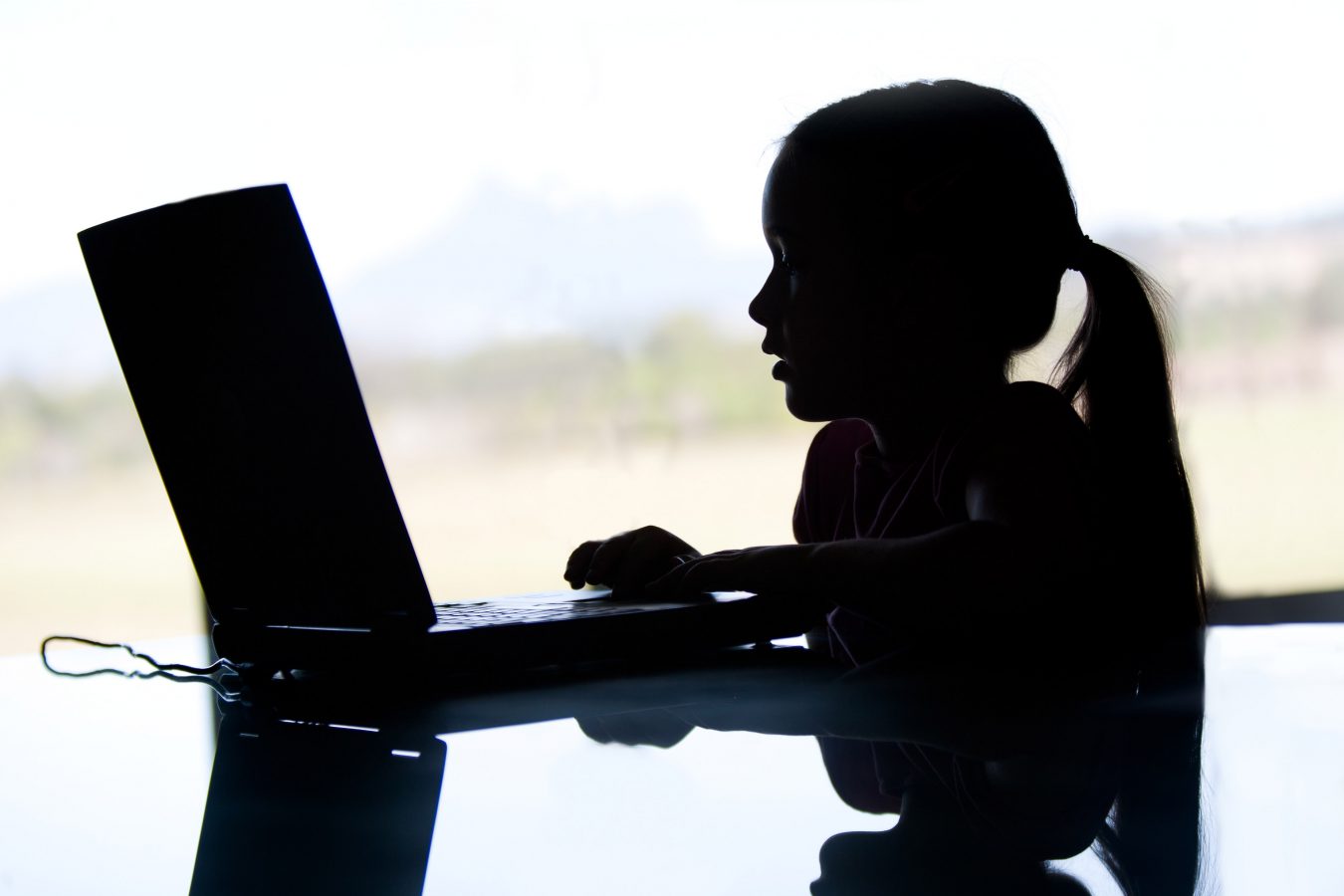 Cybersafety: How to be a parent in the digital world 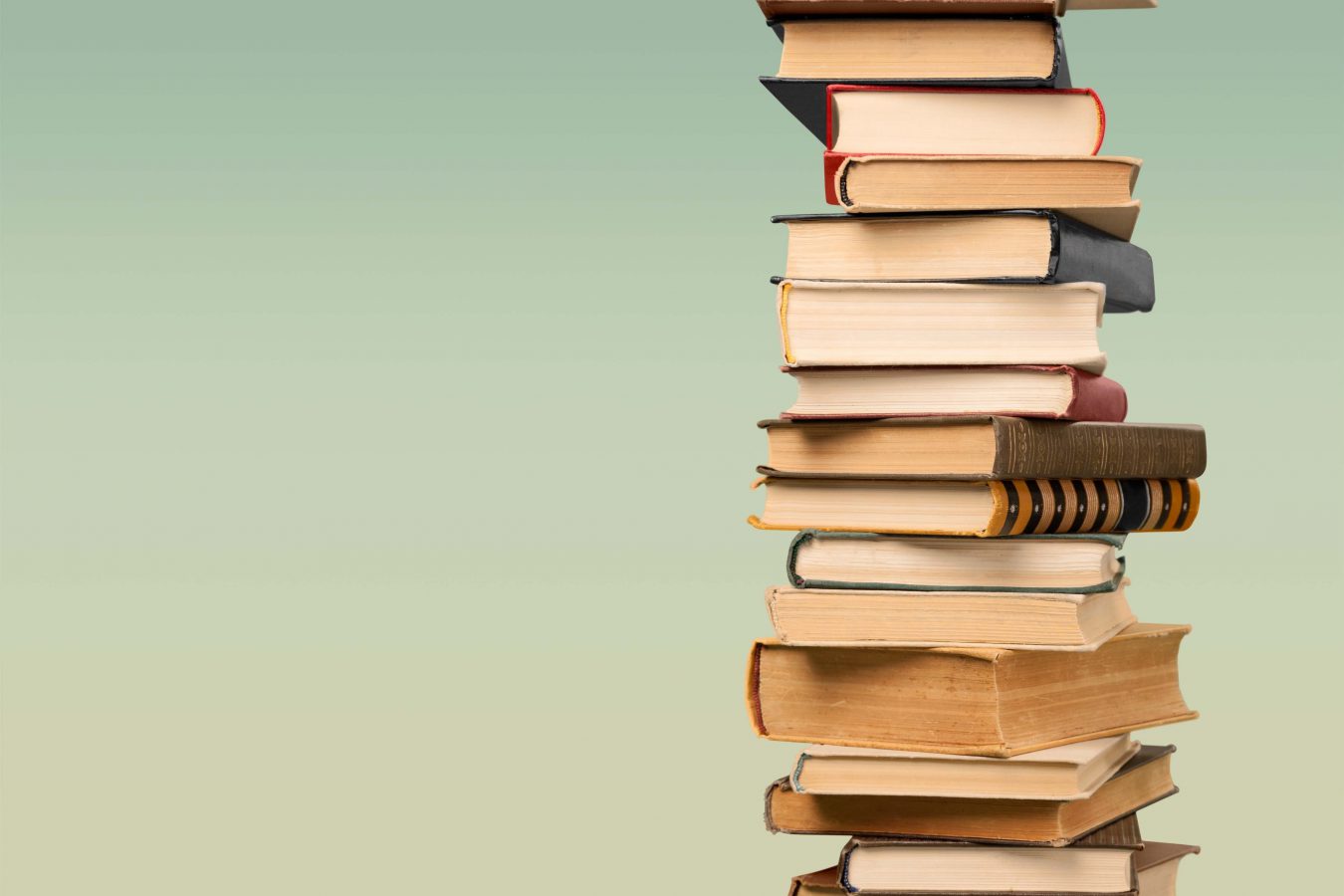 Required Reading: the Books That Students Read in 28 Countries Around the World

TED has compiled this fascinating list. The Australian book is close to home. By Daryl Chen and Laura McClure.

Cybersafety: How to be a parent in the digital world

Required Reading: the Books That Students Read in 28 Countries Around the World

TED has compiled this fascinating list. The Australian book is close to home. By Daryl Chen and Laura McClure.